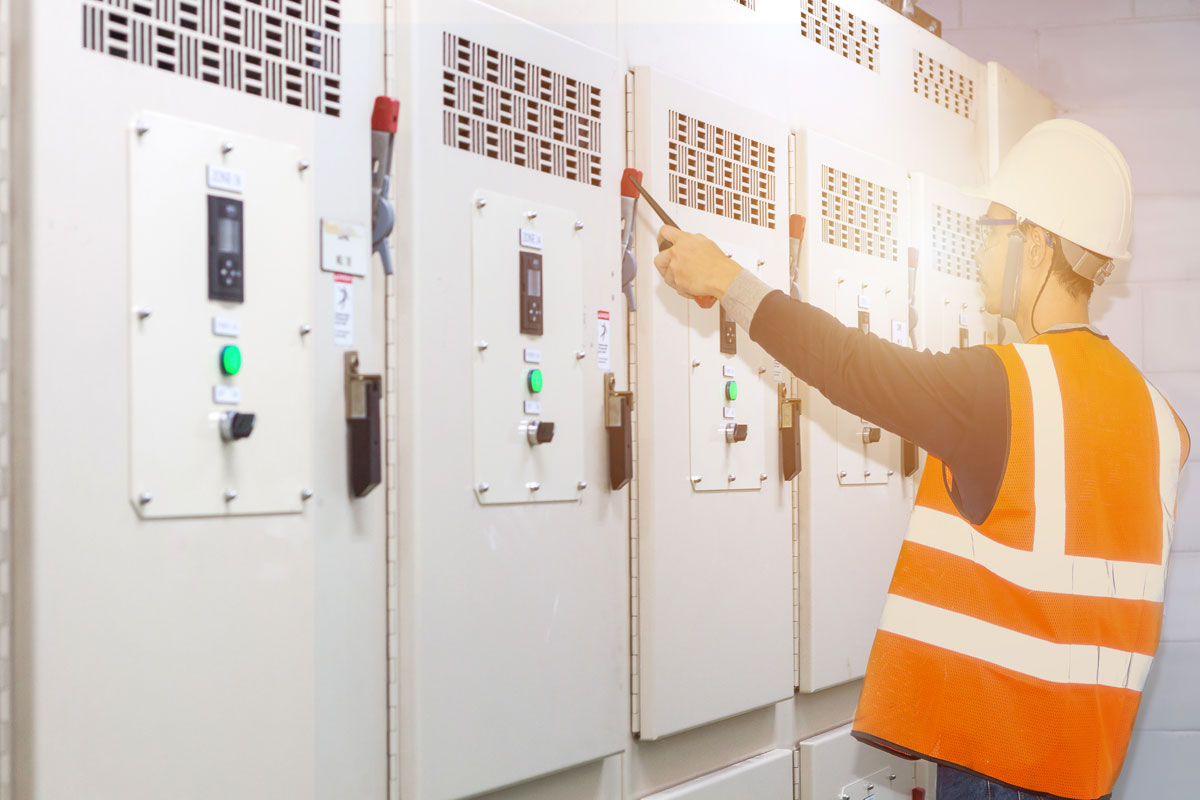 The following basic types are available, typically rated at 350 or 500 MVA at 11 or 22 kV respectively:

Circuit breakers are designed to deliberately create an arc, and thereafter to control and to destroy it at the most convenient time. An arc is a conductor which is basically a body of high temperature ionised gas with an electrical conductivity comparable to graphite.  Current will flow through the arc relative to the voltage between its ends.

At the instant of contact separation in a circuit breaker the electrons which make up the current seek to flow across the very small contact gap, and they collide with the atoms of the insulating medium (air, oil or gas). In these collisions, the atoms are broken with the release of more electrons and the release of energy which rapidly raises the temperature in the contact gap. The process continues as the contacts open but the increasing length of the arc demands more and more energy for its maintenance.

If the arc can be abnormally lengthened or cooled it will not survive. In an AC system, the current falls to zero every half cycle or 10 milliseconds, and for a very brief instant, there will be no electron movement to sustain the arc by collision and energy release.

Immediately after zero, the increasing voltage across the contacts tries to re-establish the current and if the arc conducting path remains it will succeed. If the arc path by then is too long, the temperature has dropped sufficiently.